Addiction is a popular subject in media and in the movies. At times, alcoholism and substance abuse is even glamorized. There are also times when addiction is portrayed purely as a negative, further feeding the widespread stereotype.

Thankfully there are still many movies that open our eyes to the hidden world of people who are addicted. These movies make an effort to show the motivations behind the addiction, and gives people a deeper, more honest look about this disease.

Many people, family and friends of the addict as well as the addicts themselves, can relate to these movies and even find the inspiration to seek addiction treatment.

A Scene from The Basketball Diaries

Take a look at some of these movies and see how the storyline could parallel your own life:

Gwen Cummings (Bullock), is a newspaper columnist who got into a car accident on the day of her sister’s wedding. She is given a choice between prison or checking into rehab. Despite her misgivings and denial, she chooses rehab. At first, she refuses to admit that she has an alcohol addiction and would not participate in the treatment. Soon, she gets to know other patients in the facility and begins to re-examine her own life. Eventually, she realizes she has a serious drinking addiction and wants to turn her life around.

Although this makes rehab seem like a walk in the park, the movie provides serious sobering insights. 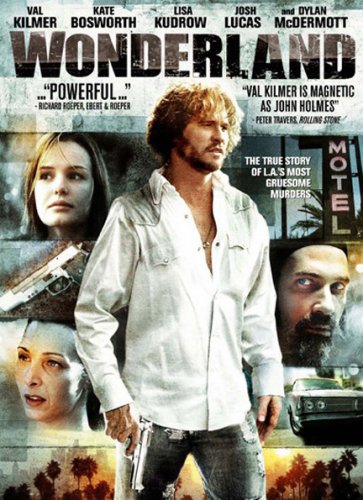 The film shows how Holmes addiction blinds him from the dangers of associating with the people he gets his drugs from, and how your desire for your next fix can bring you to do things and deal with people that will lead you to go down a disastrous path.

Daryl Poynter (Keaton) is a real estate agent who has a cocaine and drinking problem who tries to escape the law by checking into a rehab facility. This is after he finds a dead woman in bed with him one morning after a cocaine overdose. Inside the rehab center, he meets drug addiction counselor (Freeman), who is a recovering addict himself. Eventually, they go on a journey together that will help Poynter realize that rehab, after all, is just what he needs.

This movie is an accurate depiction of the 12-step roller coaster path towards recovering from addiction.

This movie follows Ben Sanderson (Cage), a Hollywood screenwriter who lost everything because of his drinking addiction. He heads to Las Vegas on a mission–to drink himself to death. Here he meets Sera (Shue) who vows to help him fulfill his plan with the only condition of not talking him out of it. Soon, they fall in love and Sera is in a difficult situation because living with Ben means she has to watch him die.

This movie shows how addiction can lead you from success to a downward spiral in life. Cage shows a very convincing portrayal of the physical effects of addiction, which includes hand tremors and convulsions, which will make you think twice about touching another glass of alcohol yourself. This movie is an adaptation of author, autobiographer, poet, and musician Jim Carroll and his downward spiral from being in an unbeatable basketball team in his Catholic school to prostitution in order to support his heroin addiction. Jim (played by DiCaprio), finds his dream of becoming a basketball star fade away as he develops a strong appetite for heroin. Soon, this young, promising boy finds himself lying, stealing, and prostituting himself for drugs. A neighbor helps him through his withdrawal and the beginning of his harrowing journey to recovery, but not until he ends up imprisoned in Riker’s Island. The end of the movie shows Jim talking about his life with drugs.

This movie effectively shows how your high hopes and plans can turn upside down before you can even realize it. And when you do, it could be too late. DiCaprio effectively portrays the difficult withdrawal symptoms heroin addicts go through and how this pain drives them to further go down the path of heroin addiction.

Unfortunately, for us, life is real. When we get addicted, there’s no director to tell us “cut” and no acclaim to our portrayal of addiction. Only us, and the people we hurt along the way as we succumb to the seemingly unstoppable addiction.

But there is a way. It is not too late to get on the path to recovery. Talk to us today: