Before You Drink and Drive This Holiday Season…Read This!

…This is a recipe for disaster. Don’t mar the festivity of the holiday season with the wrong decision. 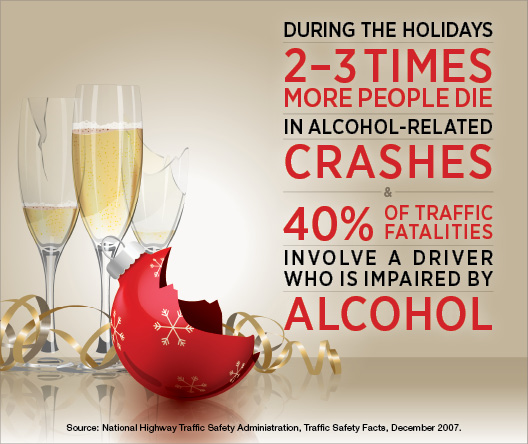 Alcohol-Free Holidays, Anyone?
This may be the statistics in the US but the truth behind it is true all over the globe. Don’t drink and drive.

This is the season of one Christmas party after another, where festivities can often blur the lines between partying and harm. So if you think that you can make the most of the holiday cheer and give yourself “just a few shots” before you get behind the wheel–well, think again.

Drunk driving is now legally punishable here in the Philippines and if that does not scare you, think of these facts:

So before you drunkenly get behind the wheel and put in danger yourself, your passengers and other people who are on the road, think of the consequences. Better yet, try these suggestions:

It’s always been said that an ounce of prevention is better than a pound of cure. And it’s always been true. Keeping these points in mind will help you avoid accidents that will endanger your life as well as those of the people on the road.

Happy Holidays and part responsibly.If you suspect that someone you know has a problem with drugs or alcohol, give him the best gift–his life back. Text or call 0915 645 2703 to talk with our Recovery Specialists today.